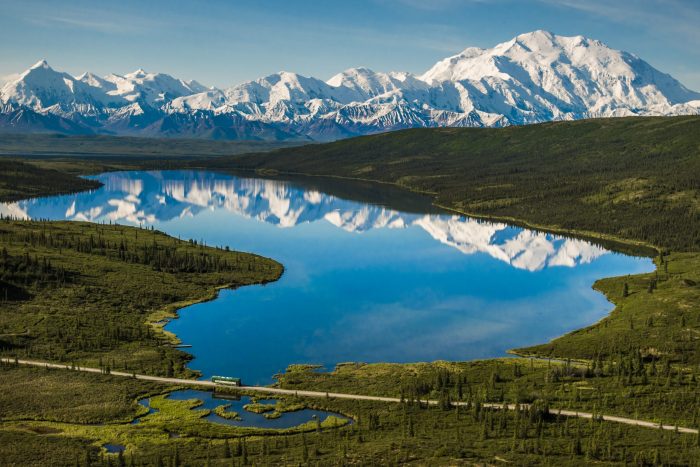 The Denali National Park and Preserve is located in Interior Alaska and contains Mount McKinley, the highest mountain in North America. The word “Denali” means “the high one” in the native Athabaskan language and refers to Mount McKinley. Denali habitat is a mix of forest at the lowest elevations, including deciduous taiga. The preserve is also home to tundra at middle elevations, and glaciers, rock, and snow at the highest elevations. The longest glacier is the Kahiltna Glacier. In addition, the park protects an incredible wilderness area that contains grizzly bears, caribou, moose, wolves, and numerous other creatures.